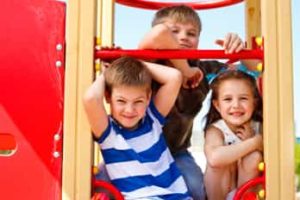 If you are facing child custody issues during or after a divorce, our New York City custody lawyer can advise clients during negotiations or mediation, and provide representation through litigation. The objective of our family law legal team is to reach a satisfactory outcome through the appropriate legal avenue while emphasizing expediency and effectiveness.

Other types of custody include: sole custody, where one parent is provides primarily residential care of the child. In such cases, the noncustodial parent may be able to obtain visitation rights. Legal custody refers to the decision-making power of each parent. It can be joint, where both parents agree on important decisions together, or sole, where one parent will have the legal ability to make decisions regarding the child’s upbringing and care.

Determining Custody of a Child

When possible, it is recommended that parents reach mutually agreeable solutions during child custody negotiations. In the event of ongoing disagreement, the court may intervene and decide on the couple’s behalf, utilizing the “child’s best interests” as the guiding principle.

The court evaluates the following factors when determining the best interests of the child:

In order to pursue custody of your child, you must either go through mediation or litigation. Mediation would allow you to work with your spouse to determine a child custody and visitation schedule that specifically suits your needs. However, the final order would still need to be approved by a judge to ensure it meets the child’s best interests.

On the other hand, if you and your spouse cannot reach an agreement, or you want your case to be heard in a formal court setting, you may file a custody petition. You would then present evidence in support of your argument, and the judge would make a binding legal decision regarding child custody. Our New York City child custody attorney can discuss your options and provide knowledgeable assistance.

To discuss your custody matter with our seasoned New York City attorneys, call (212) 588-1002. With 20+ years of experience, we are ready to help you! Contact us today to schedule your confidential consultation! We speak Greek, English, Spanish, Italian, Albanian, and Portuguese!

What Our Clients Have To Say

“Deana has saved my daughter's life”
anonymous
“Deana will use every dollar honestly to fight for you and your child”
Andrea
“Deana has worked tirelessly for my family.”
Alexis
“She is not just fighting for the win but truly for what's best for my son.”
Michelle
“Has a level of clarity, fair judgment and human compassion that is a rarity.”
Anonymous
“Deana is a champ in the courtroom!”
Chris
“Always responsive, supportive, and caring”
Anonymous
“The most talented, gifted, and effective divorce and family attorney you will ever meet!”
Anonymous
“Hiring Ms. Balahstsis to represent me in a complex case was hands down the best decision I could have made.”
Sarah
“Worked tirelessly and passionately to have this process happen as quickly and least painful as possible.”
Anonymous
“#1 Professional Custody and Divorce Lawyer”
Sofia Feldman
“Quite possibly saved my kids lives”
Joe
“I recommend her to ALL my friends”
Michelle
“She is a shark in the courtroom and fights hard for her clients.”
Maura
“She will be your calm in the midst of your storm!”
Nicole
Previous
Next
Read More Stories

The information on this website is for general information purposes only. Nothing on this site should be taken as legal advice for any individual case or situation. This information is not intended to create, and receipt or viewing does not constitute, an attorney-client relationship.